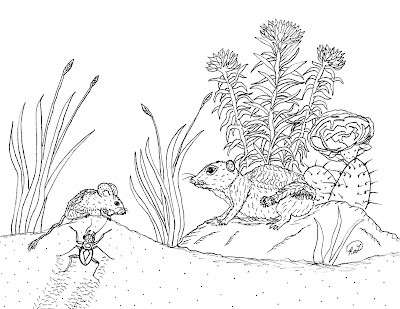 This is a drawing of some of the plants and animals at Coral Pink Sand Dunes in Southern Utah.  This is a spectacular Utah State Park that is located just few miles  south of other great parks  that are National Parks, like Zion National Park and Bryce Canyon National Park.  I highly recommend a visit!

By the way, this drawing is number 1 because I am  working on another drawing for tomorrow.  It will be number 2.

Lets start with the animals in my above drawing.  The beetle is a very rare animal that is only found at the Coral Pink Sand dunes.  It is a Coral Pink Sand Dunes Tiger Beetle.  The small mammal with big ears is a Pinyon Mouse.  The larger rodent is also a mammal called an Antelope Ground Squirrel.  In my drawing the beetle is in the foreground, climbing a small dune. . . so he or she appears larger than actual size in comparison to the rodents.

The Tiger Beetle are only active as adults for a few months in the spring.  .  .  during this time they mate and the females lay eggs 2-3 inches under the sand... then the adults die.  When the eggs hatch the larva stage of life of the beetle lives 2-3 years before it goes through metamorphosis and turns into an adult tiger beetle.  The adults only live about 2-3 weeks.  A portion of the Coral Pink Sand dunes are kept free of off road vehicles to preserve the habitat of the Tiger Beetle.  The entire habitat for this rarest of the rare animals is about 1/4 the size of Central Park in New York City.  This beetle is just under a half inch long or 1,2 cm.  The Tiger Beetle preys upon other insects.  The beetle's tracks look a bit like tiny bicycle tire tracks.  Several scientists were there doing a beetle count the day we were there.
The Pinyon Mouse is noted for its rather large ears.  These ears help it be aware of predators like the Common Grey Fox and Owls.  The Pinyon mouse is found in much of the Southwest USA as well as Baja California in Mexico.  They are omnivores and they eat fungi, plants, and insects.  The Pinyon Mouse can grow up to 9 inches or 23 long.  They can also be quite a bit smaller in some parts of the Southwestern U.S.

The Antelope Ground Squirrel is between 5,5-6.7 inches long.  That is about 17 cm long.  They are amazing animals in their adaptation to the desert.  They can handle a body temperature of up to 104 degrees Fahrenheit. . . or 40 degrees Celsius.  Of course they are found in the hot deserts of the American Southwest. . . although they can handle higher elevations as well.  For example, Coral Pink Sand Dunes is located at 6,000 feet or 1829 meters of elevation above sea level.  Even in Southern Utah it can get quite cold at that elevation.  My Brother in Law got his truck stuck in the snow at Coral Pink Sand Dunes one winter.  So it can snow a lot up there at that elevation.

I can identify two of the plants in the drawing.  The cactus with a yellow flower (now you know what color the flower should be colored) is a Prickly Pear Cactus.  The Mexicans call them nopales and they taste wonderful. . . once you remove the spines.  I think they taste a bit like green beans.

I live in Northern Utah but my wife and I went to Southern Utah last week for the graduation of our nephew.  What follows are some photos of the dunes and the animals and etc. as well as of displays in the small but excellent visitor's center.  Look closely at the photos of the tracks.  In the visitor's center there is a cool tracks interpretation display.   One of the beautiful things is how the dark green plants and the blue green plants stand out against the coral pink sand. 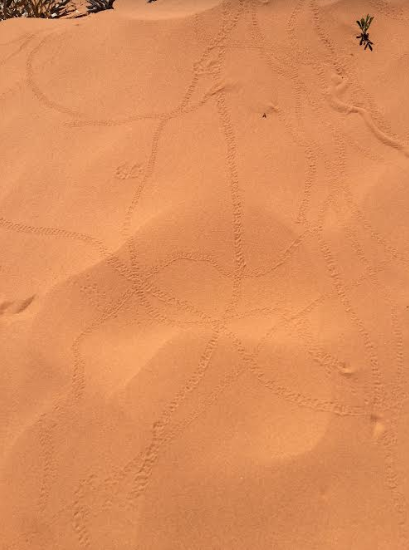 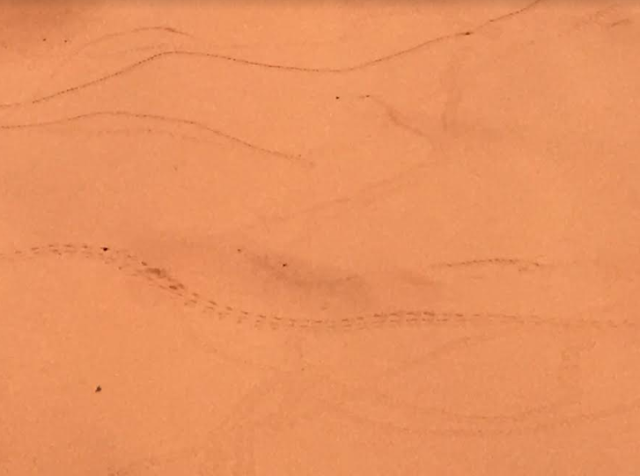 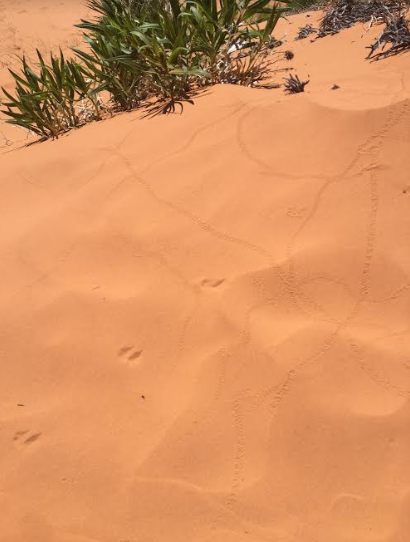 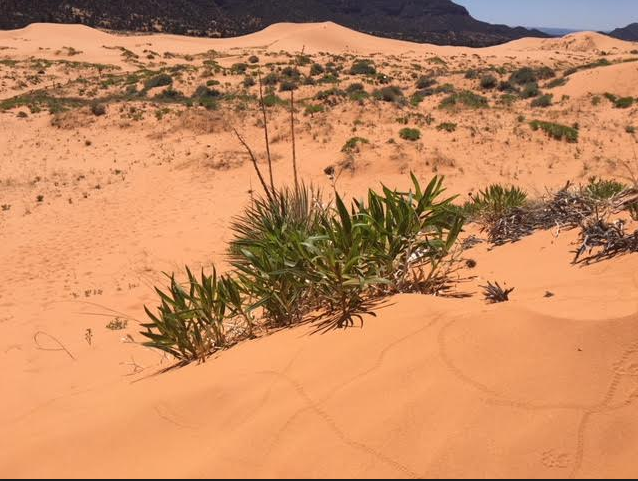 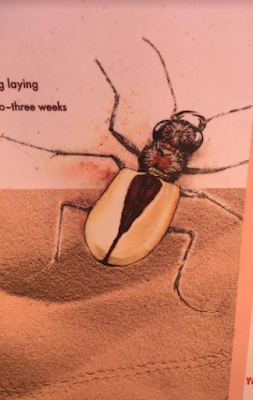 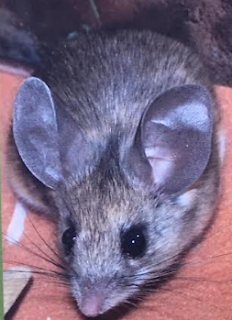 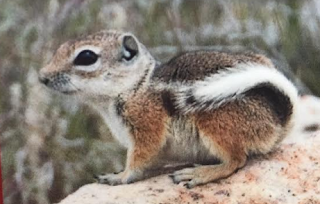 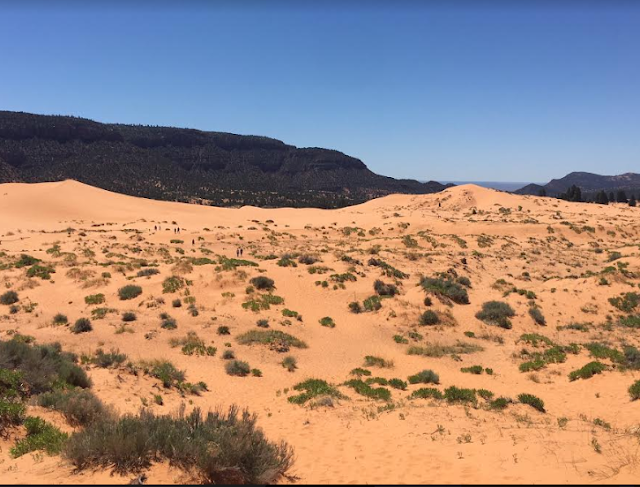